What To Look For In a Laser Hair Growth Device

With so much information out there about hair loss treatments, buying a hair growth laser device can at times be confusing and overwhelming. It doesn't have to be. We believe that the best decisions are made when you understand the differences in the various options. We’re here to help you sort through all the information and give you the FACTS to help you make the right choice. 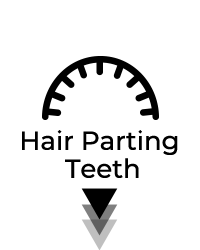 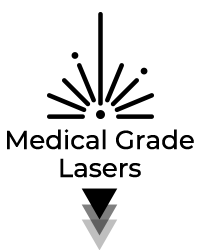 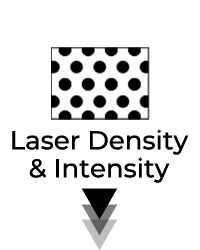 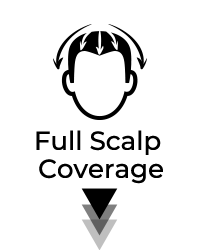 A important feature on HairMax laser devices are the hair parting teeth. Hair is designed by nature as a photo protectant, it’s purpose is to block sunlight from the scalp. The teeth on our devices part your hair to help deliver the light energy to the follicles for optimal results.

On other devices, without hair parting teeth, your hair blocks the light, resulting in a less effective treatment. Your hair, being a photo protectant significanly blocks the light energy from reaching your hair follicles. Root stimulation does not occur or is greatly reduced.

Understanding The Differences Between Medical Grade Lasers and LEDs

You’ve probably heard a lot about LEDs in regards to light based treatments. LEDs are used for treatments on the surface of the skin but you need the power of laser light to penetrate down to the hair follicles to stimulate hair growth.

There is a significant difference between Lasers and LEDs for hair growth. Although they may look the same, only Lasers have been clinically proven to promote hair growth. The reason is that Lasers provide stronger, focused more intense light energy than LEDs. In addition, Lasers are specific in the color of light they deliver. All of the Laser energy is concentrated into a single wavelength (color) of light. LED light energy is dispersed into various wavelengths (colors). Some other devices utilize both Lasers and LED’s. For example, the IRestore device has 21 laser diodes and 30 LEDs.

So why would a company use LEDs in their hair growth devices? The simple answer is that LEDs are significantly less expensive than laser diodes. The images below will highlight additional differences between Lasers and LEDs.

Laser light is collimated, meaning it travels in a straight line. This focused, collimated light penetrates the scalp to reach the follicle root, which is vital to stimulate hair growth.

The light emanating from LEDs on other devices is not collimated or focused, therefore it is reflected on the scalp – this light provides less energy reaching the follicles.

This photo shows how the laser light is unevenly dispersed. The varying distance in the lasers creates an inconsistency in energy density on the scalp. Therefore, different areas of the scalp receive varying levels of laser energy.

Provides top of head laser coverage ONLY. The light does not reach down the sides of the scalp and only the top portion of your head receives treatment. This is a significant disadvantage when seeking total coverage.